Home / Owl Pellets
My cousins and uncle are farmers over in Ellensburg, which is over in Eastern Washington (for those readers who are not local).  It’s one of my favorite places on Earth.  I love living where I do, but I’ve always said that when my kids are grown, I’m moving to the farm. (I hope my hubby decides to come with me!) I absolutely love being there.  There’s just something about wide open spaces, sunshine, farmland, and cool old barns.﻿

See that old barn over there?  It has so many secrets hiding in it!  Aside from the great windows and feed boxes I’ve brought home as farm treasures, there is something living in there and I can hardly contain my excitement.  ﻿

I know,I know.  The farmers who live over there really think I’m crazy.  To them, it’s just part of farm life. To us city folk, it’s unlike anything we’ve ever experienced.  There’s a barn owl living in the top of the old barn.  When you climb way up into the barn, sometimes you’ll get lucky and catch a glimpse just before he flies out the broken window.

The book The Barn Owls is truly the story of this barn.  It has, “stood in the wheat fields one hundred years at least.”  This has to be my new favorite book!  I know I say that a lot, but really… this is the one!

Well, I couldn’t help myself.  When I was over at the farm, for Farmcation 2013, (that’s the term for a farm/vacation that your kids look forward to all year and can’t stop talking about) I took 10 kids on a little field trip into the barn.  We saw evidence that the owl had been there, but he was gone by the time we climbed the ladder to the loft.  Close to the place he likes to perch, there were lots and lots of owl pellets… owl puke.  Part of me thinks this is really super disgusting, but the teacher part of me is just giddy with excitement!  My mom and I started collecting the owl pellets.  (She’s a very good sport!)  If you buy owl pellets online, they charge about a dollar per pellet.  Mine were free!!  Free is good.
We used rubber gloves, tweezers, and wooden skewers to take the owl pellets apart.  One teacher soaked her pellets, which made them fall apart much easier, providing a clear structure of the animal.  We ended up picking ours apart (dry) which was very cool too!  Not one single child was grossed out, even their teacher was thinking this was pretty awesome! 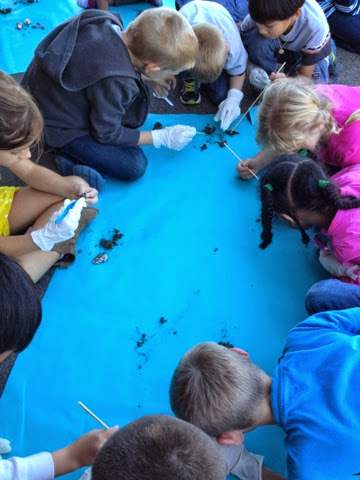 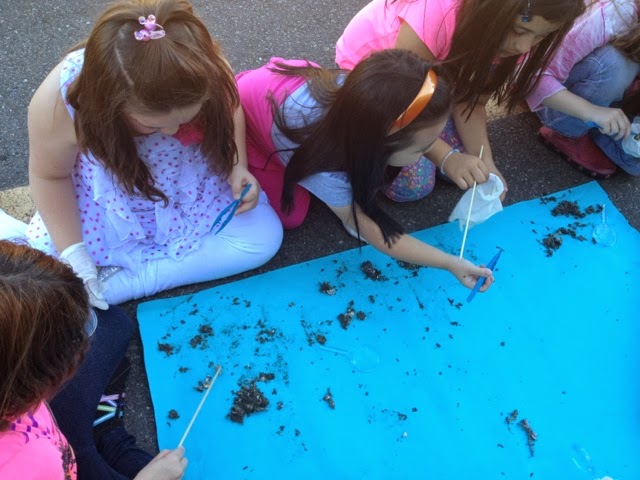 In our predictions, based on several books we had read, we all thought we would find the bones of mice in the pellets.  Many had mouse or rat bones, but several had bird skulls!  I had no idea owls ate smaller birds.﻿ 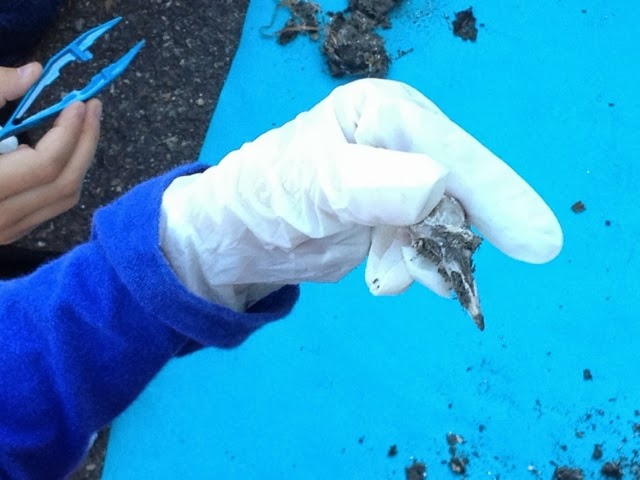 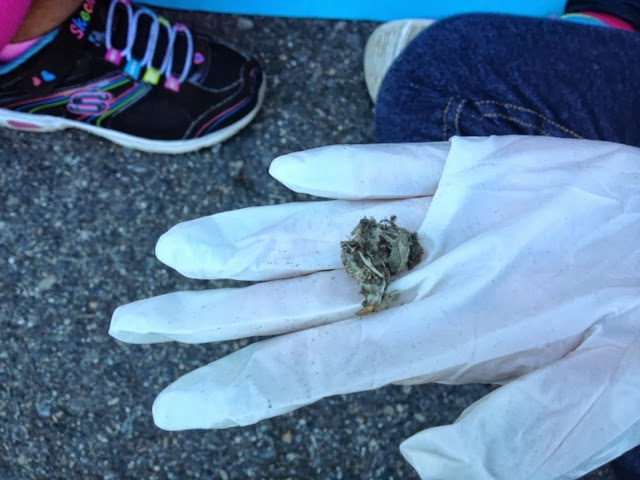 We used a bone identification key to help us figure out what our owls had eaten.﻿ 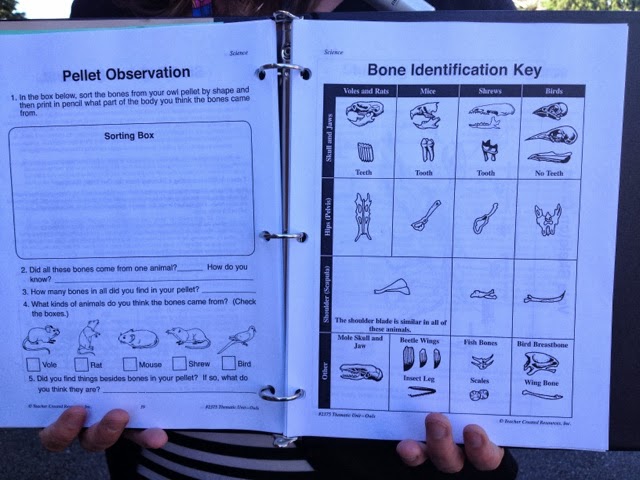 Some years, when I’ve gone over to the farm, I’ve brought back fresh corn on the cob, boxes of peaches, or bunches of wheat.  This year I brought back owl puke. Maybe I should start bringing back a little of everything!
Happy puke dissecting!﻿
Facebook0Tweet0Pin0