Home / Experiences • Writing / Brainworks
For the past few weeks, the students in our school have been working on their Brainworks projects. Brainworks was created many years ago by one of our teachers who wanted to develop a way for students to show their learning by demonstrating through a project that is based on the way their brain works.  We know that there are many different ways for students to show their learning.  Some students learn best by writing books, others need to move and act things out, some may learn best through music, and others just need hands-on projects.
The kids in our class spent several weeks researching a zoo animal, writing and illustrating a book about their animal, and then creating a project to demonstrate their learning.  The projects I have seen in other classrooms are STUNNING!  I wish I had gone around and taken more photos, but pictures of my class will have to do.  Wednesday and Thursday, kids spent time presenting their projects to kids in other classes and their families.  Our Brainworks museum was a huge hit and it was so much fun to hear the kids telling other people about their learning.  I can’t take any credit at all for these projects or the process.  This was all the work of the teachers who developed this idea, the teachers who have had their classes participate in it for many years, the teachers who helped me through the process, and of course the KIDS who came up with the ideas to show their learning.
Here’s a zebra habitat and several clay models. 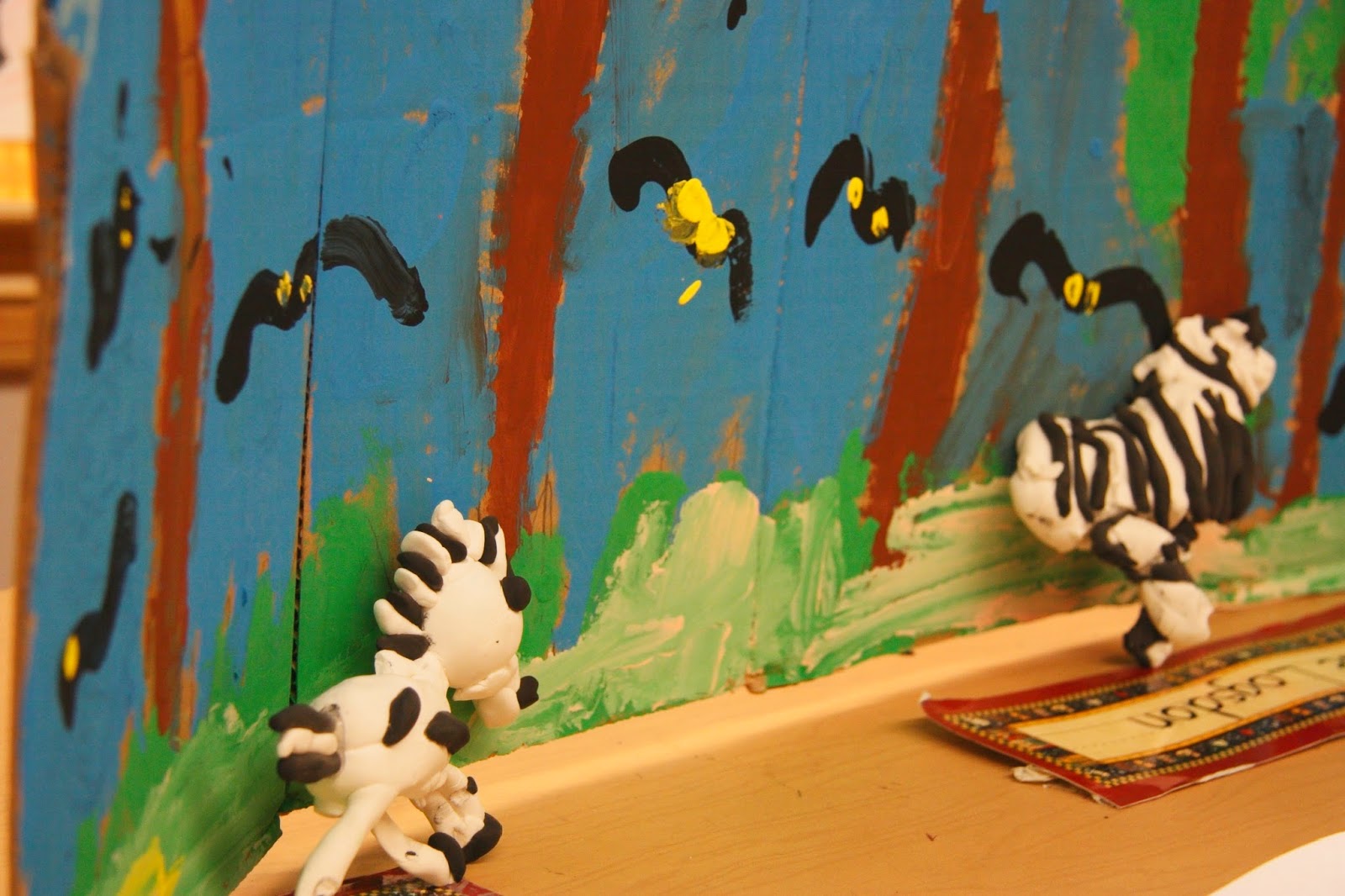 My little friend who created this blue and gold macaw had some help from a second grade teacher who assisted in fulfilling his vision. 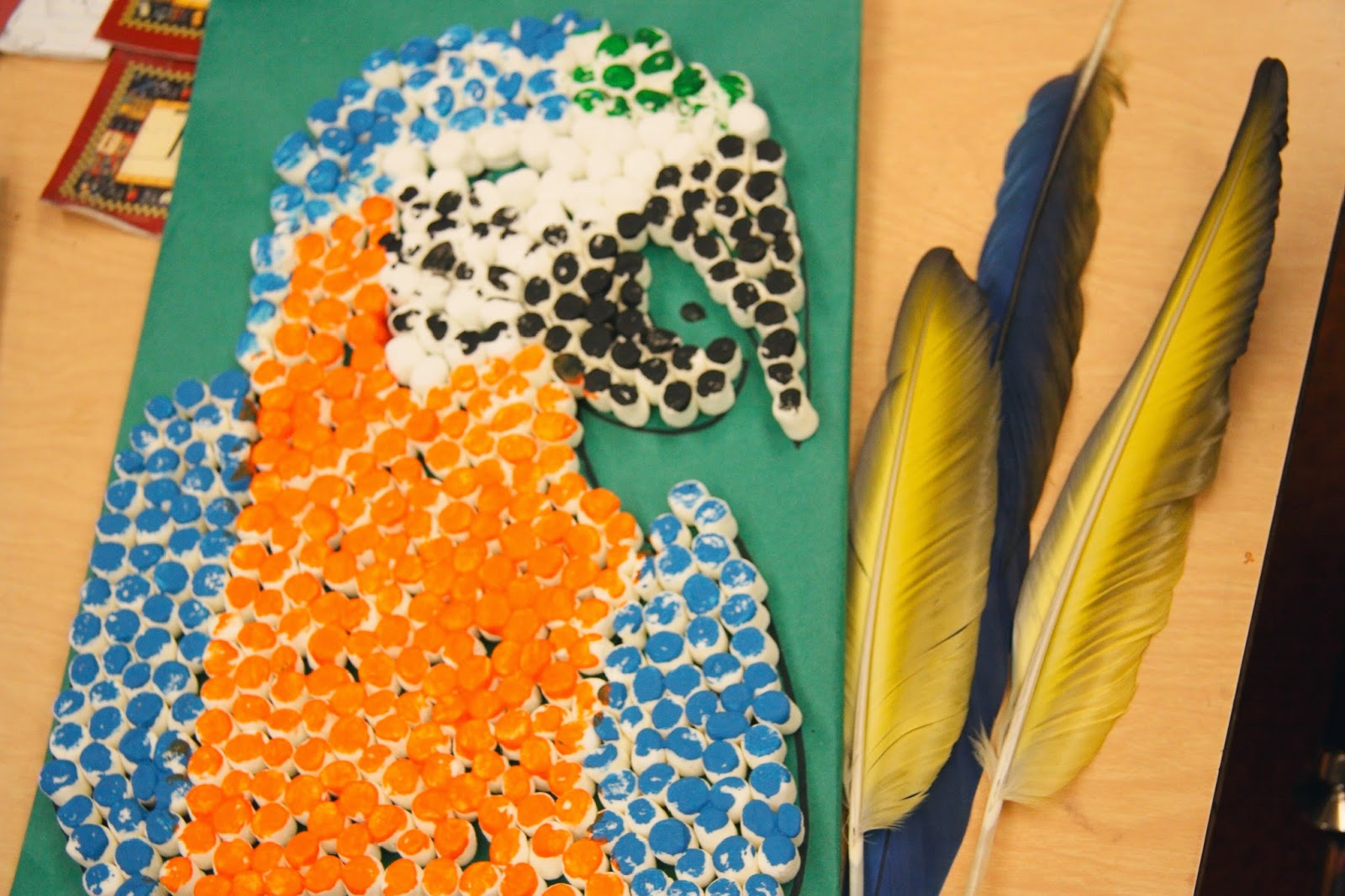 One little friend wanted a wall hanging, so we broke out the sewing machine and whipped it up! 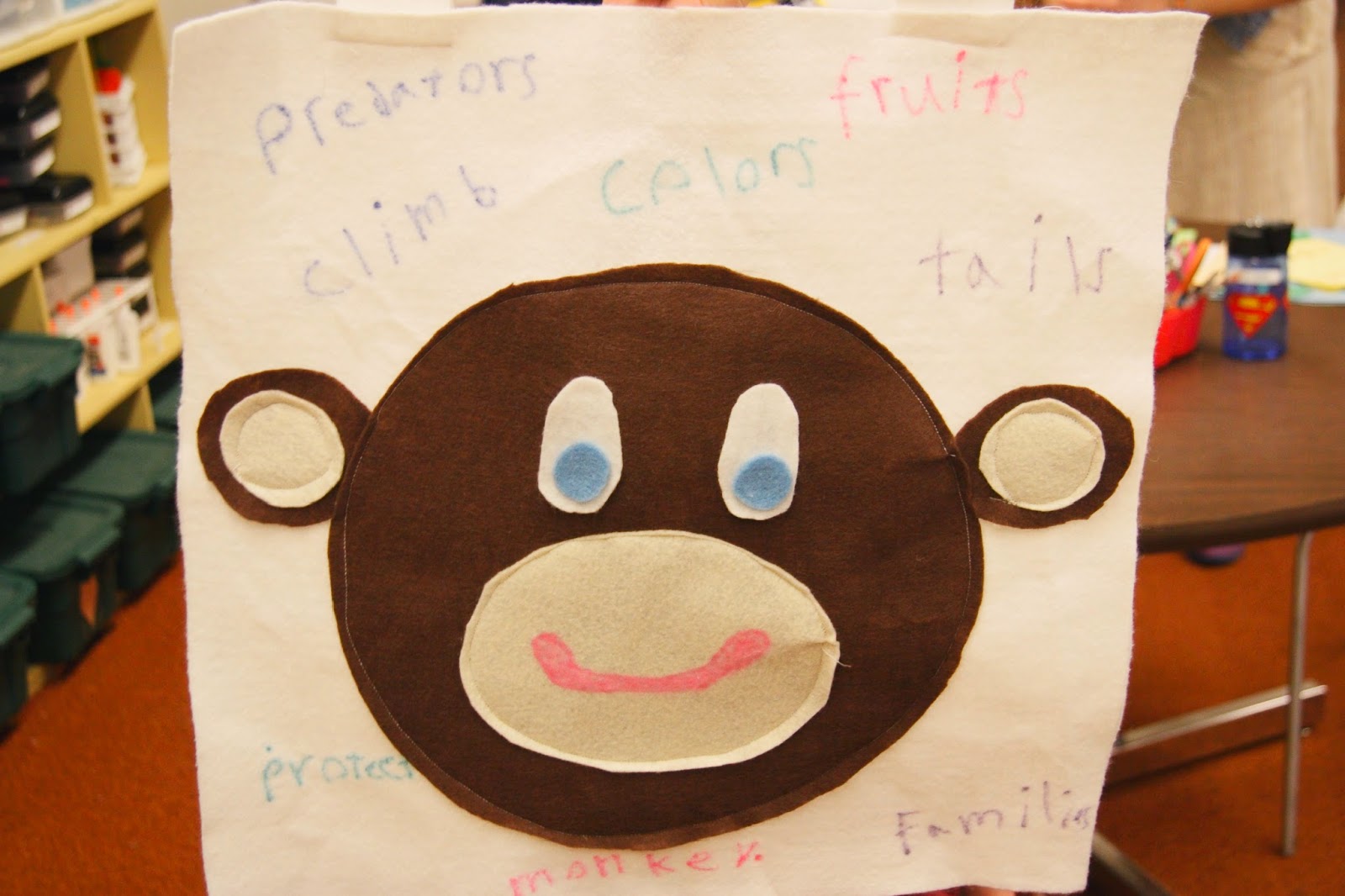 The girls who came up with a monkey beanbag toss had their idea from the very start.  I’m guessing they had seen something like this last year and really wanted to create it on their own.  They sewed their own beanbags and made a game board and cards to demonstrate their learning. 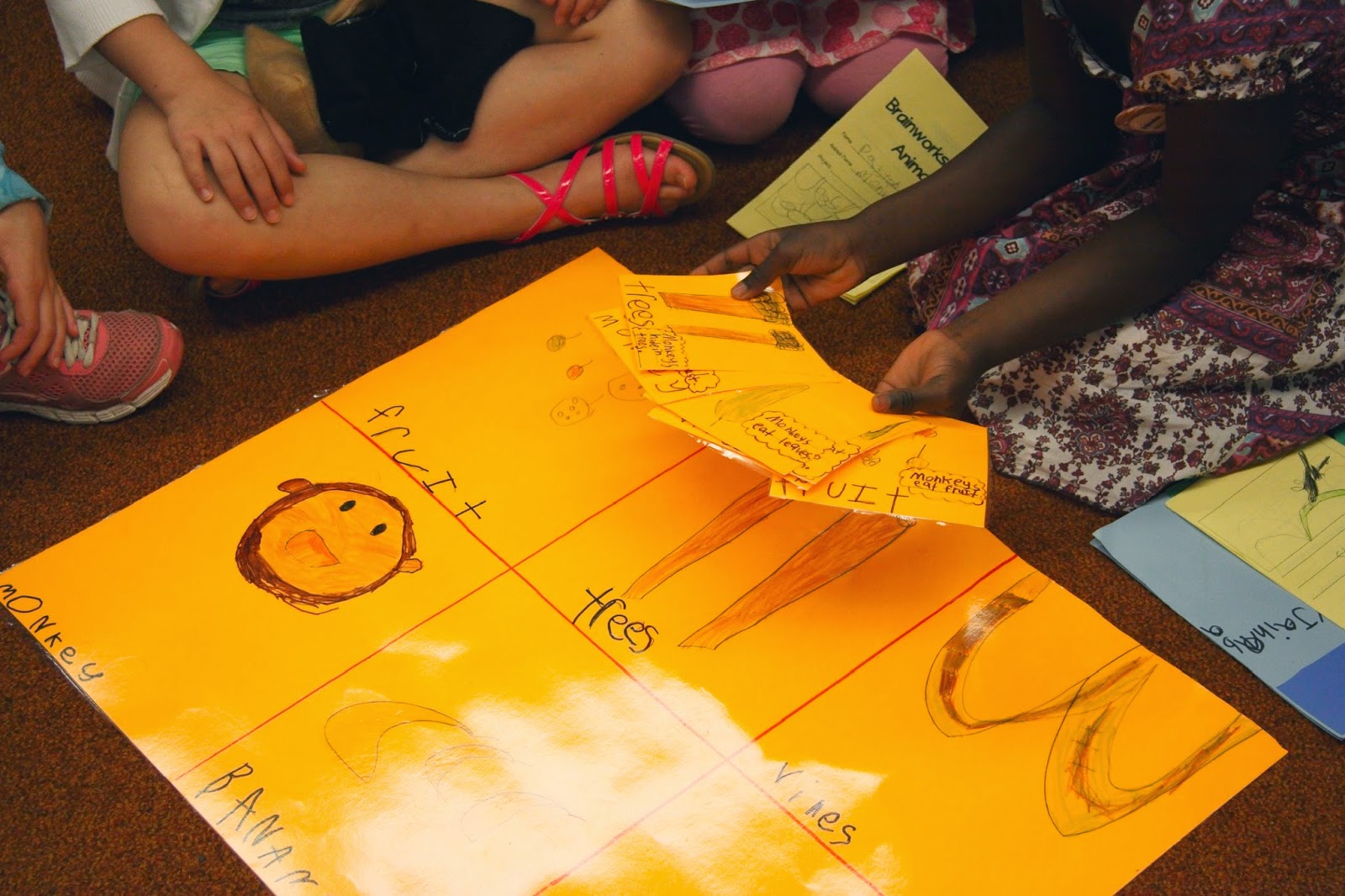 Komodo Dragon Soccer was a huge hit.  One of my boys couldn’t decide on a project, so he made one at school and one at home.  This was the game he made at home.  Kids playing the game were able to move their game piece when they answered a question correctly. 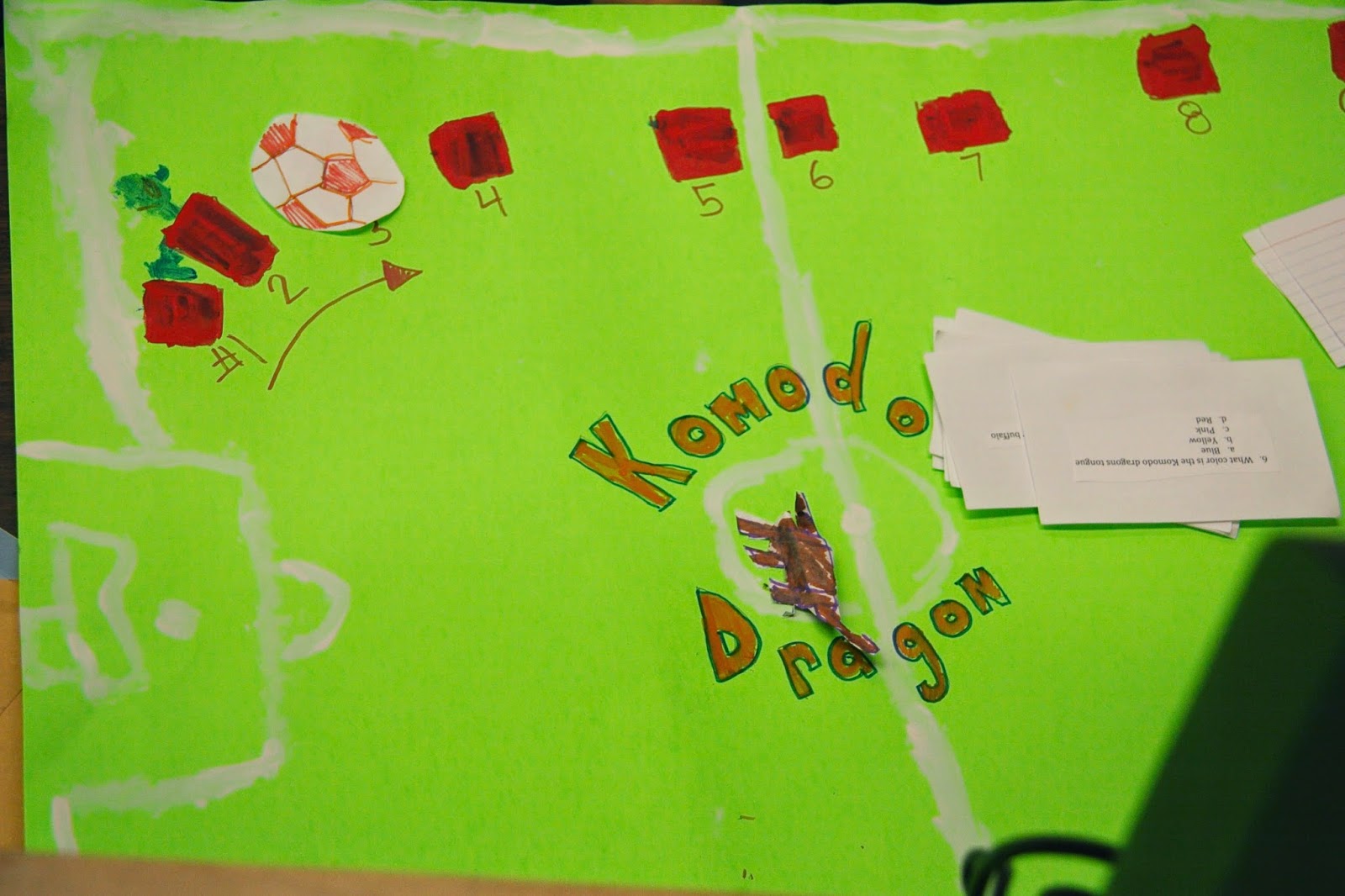 Several kids made models of their animals with Model Magic. This is another Komodo Dragon. 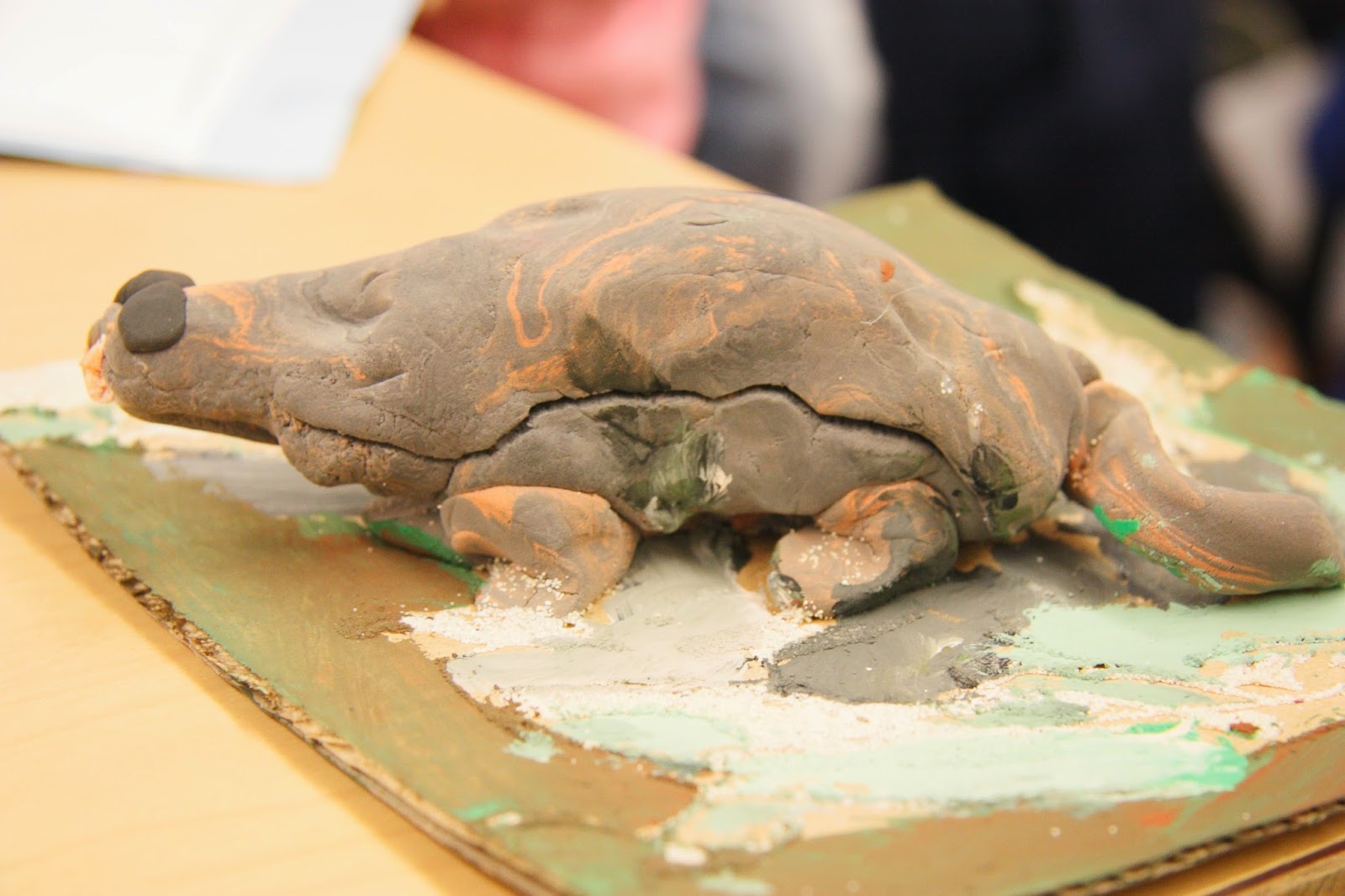 When I was talking to the creator of this project, she immediately knew she wanted to make a Clay Monkey Pot.  I had no idea what this would be or how it would show her learning, but we gave her supplies and she made it happen!  She had teacher help with the hot glue gun though. (Thanks, Sam for helping with this!) 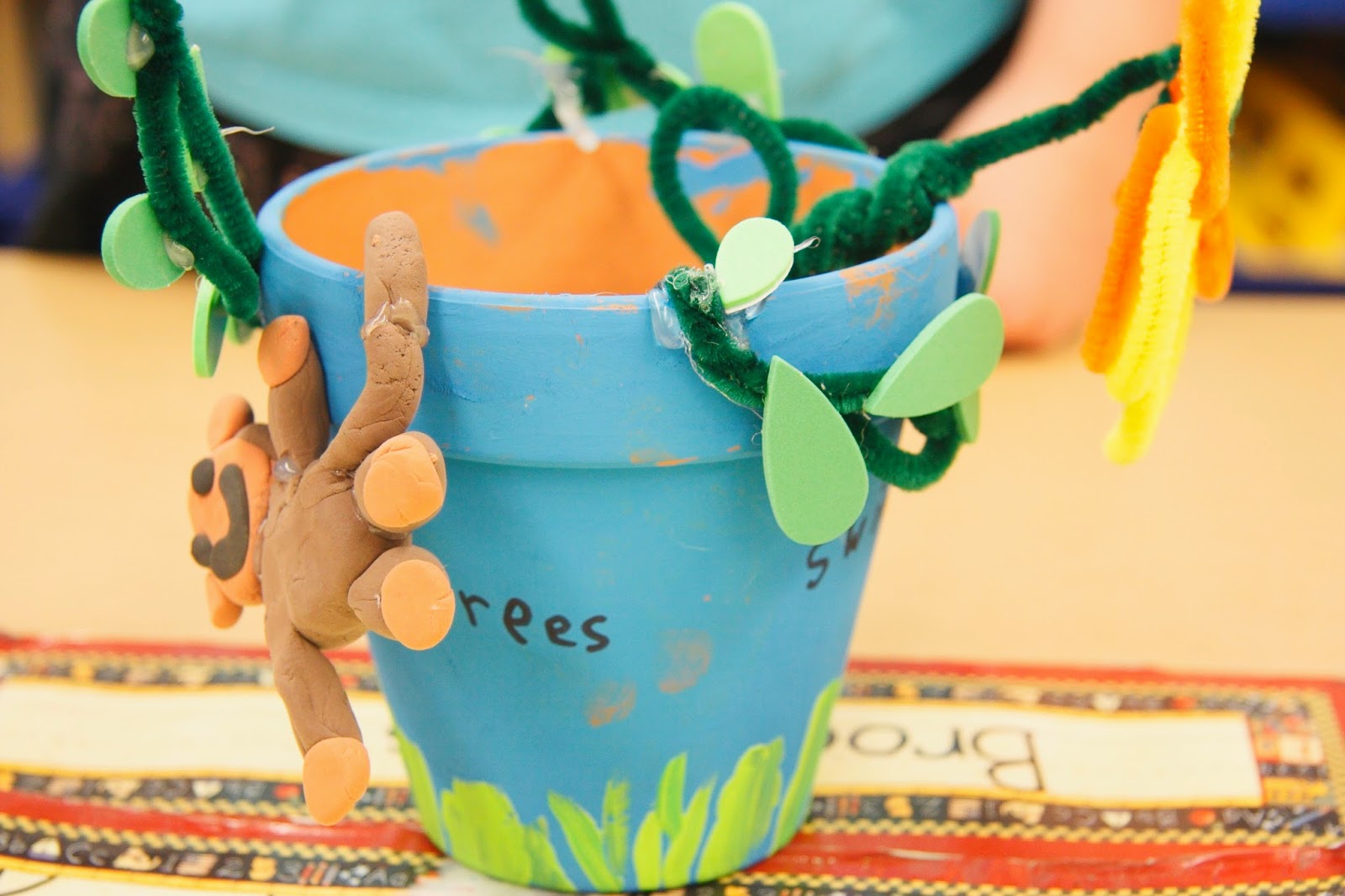 Tapir baseball was also a fun project for kids to learn facts about tapirs. 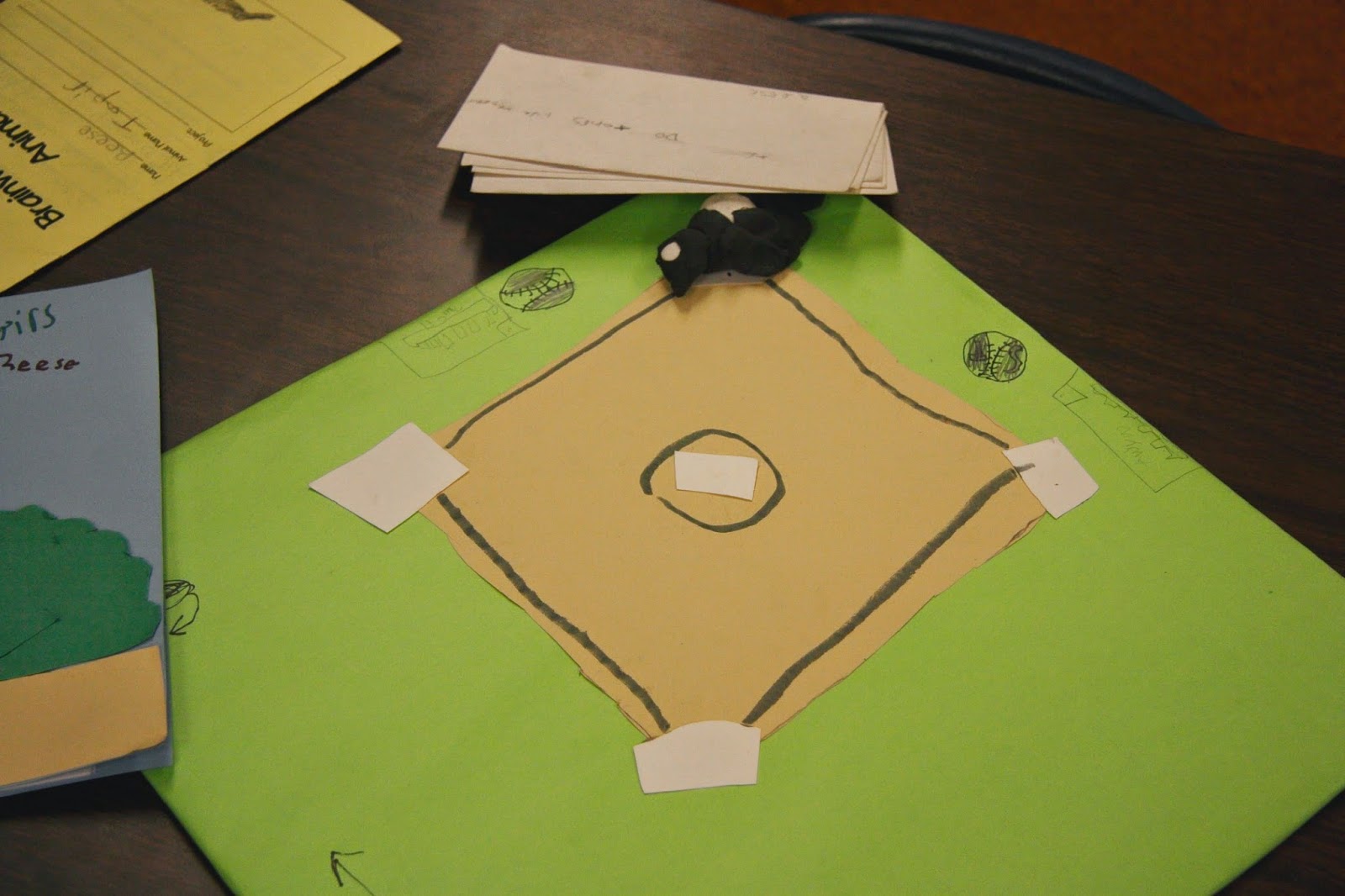 These projects were just the tip of the iceberg.  There were 20+ projects in each of our first and second grade classes.  Third and fourth grade will be finishing up their projects and begin presenting as soon as their Standardized Testing is finished.  I’m always amazed at the work the kids do, the support the teachers provide, and  creativity and learning that happens during Brainworks!
Happy learning!